Last Monday and Tuesday operations took place off Comporta beach and the main objectives were field-testing different approaches to multi-vehicle coordination in environments with limited communications.

The first approach uses the Dolphin Domain Specific Language which allows operators to specify a coordination strategy using constructs such as parallel and sequential composition. Execution is automatic and takes into account the vehicle capabilities such as installed sensors.

The second approach uses temporal planning which, given a set of high-level objectives, generates a team-level plan (timed actions). The actions are allocated to vehicles that then use an onboard executive that monitors the progress of the vehicle and replans in case of failures or delays. 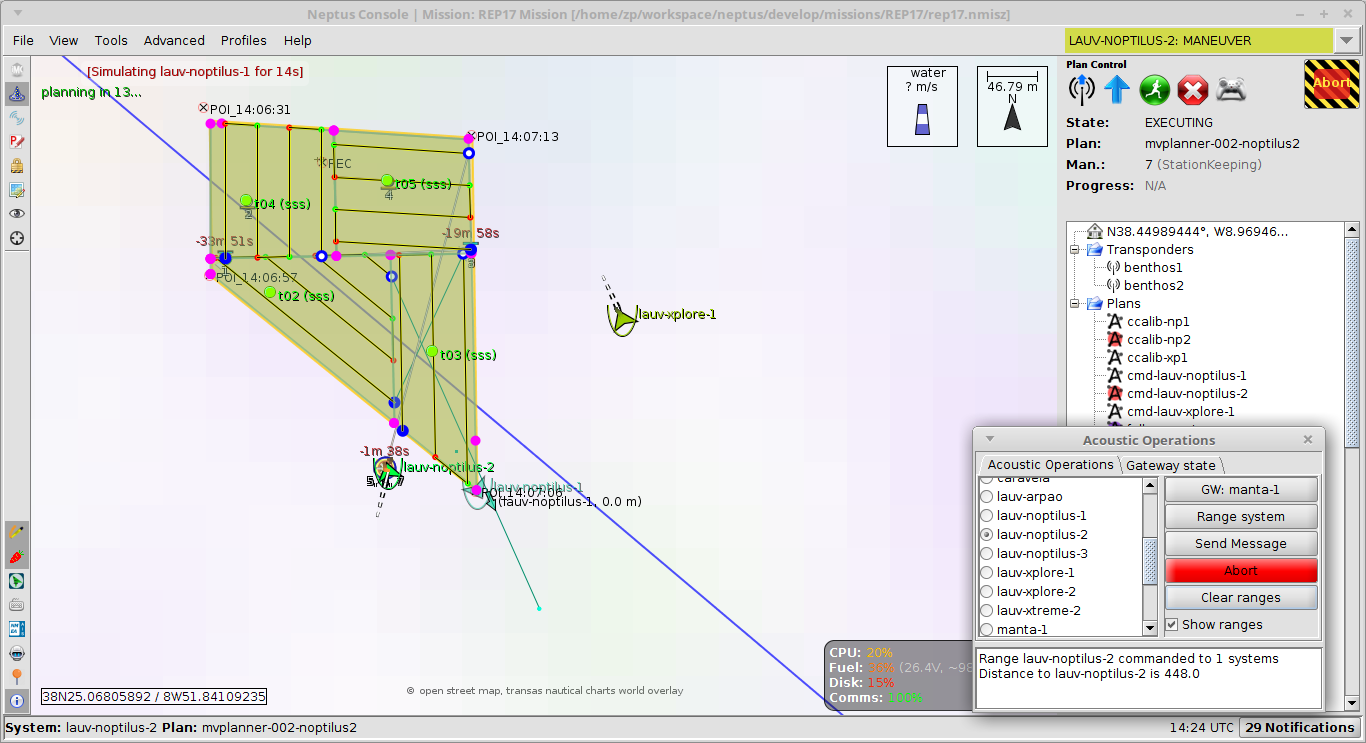 The vehicles used for the experiment were:

The sea state helped a lot to the success of the exercises, as the measured communication ranges were quite stable at 600m for Wi-Fi and more than 1 km for acoustic modem. As with anything novel tested at sea there were some glitches in the generated plans, but these shall be easily fixed for the upcoming tests. 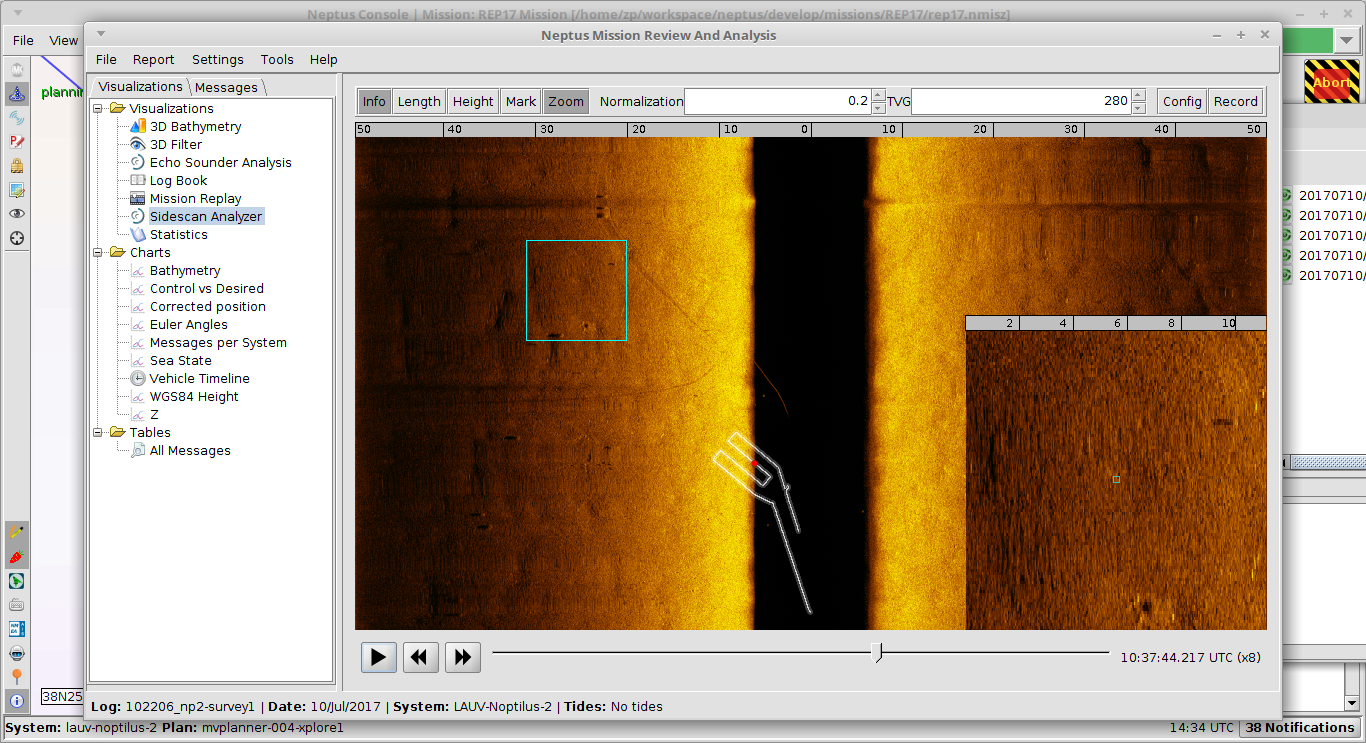 Operations will continue today with the first part of SaVel exercise, still on board NRP Cassiopeia.