On Monday and Tuesday, the operations onboard NRP Cassiopeia aimed testing a novel approach towards the control of multiple heterogeneous vehicles for seabed surveys.

In these tests, a human operator simply specifies areas to be characterized by a team of AUVs and a distributed system takes care of creating a set of subtasks and allocating them to the controlled vehicles. There are several innovations on this approach: 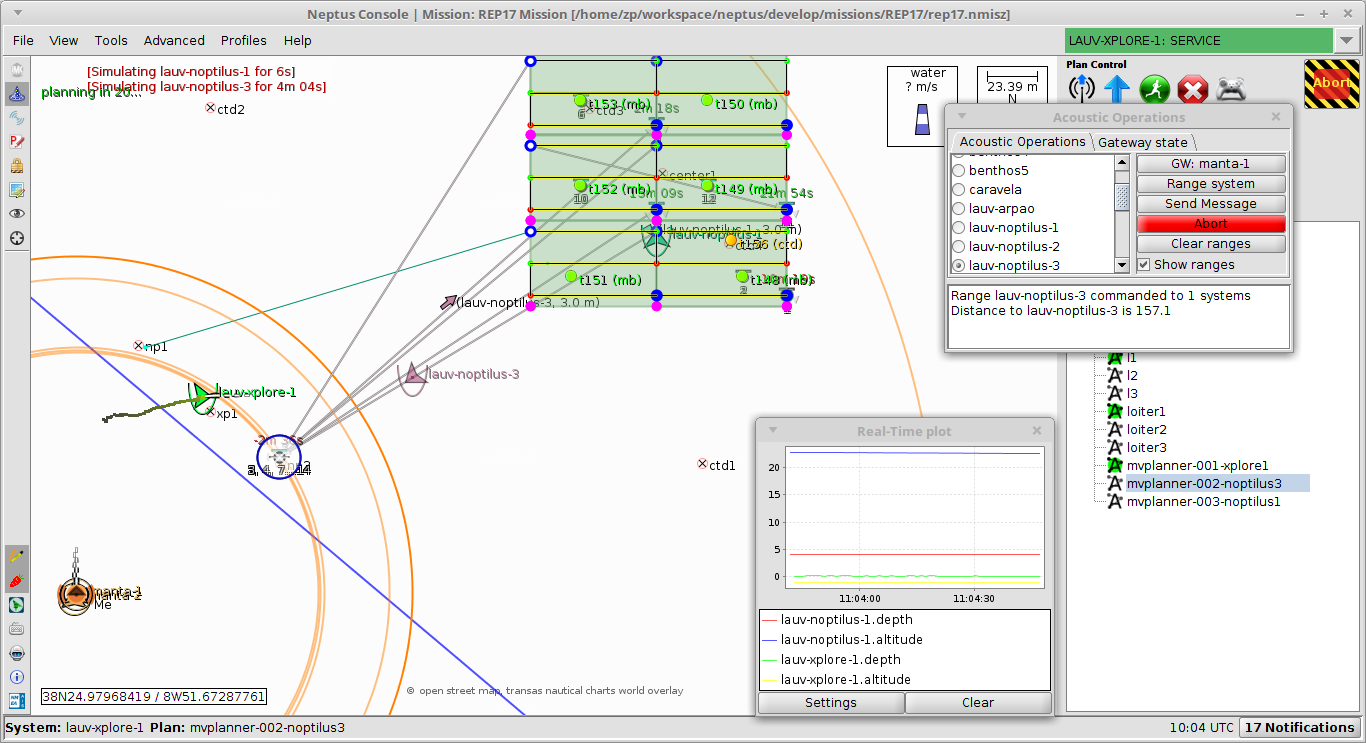